A flood-ravaged Townsville has captured public attention, highlighting the vulnerability of many of our cities to flooding. The extraordinary amount of rain is just one aspect of the disaster in Queensland’s third-biggest city. The flooding, increasing urban density, the management of the Ross River Dam, and the difficulties of dealing with byzantine insurance regulations have left the community with many questions about their future.

These questions won’t be resolved until we enhance the resilience of cities and communities against flooding. Adaptation needs to become an integral part of living with the extremes of the Australian environment. I discuss how to design and create resilient urban landscapes later in this article.

Another issue that affects many households and businesses is the relationship between insurance claims and 1-in-100-year flood event overlay maps. Projected rises in flood risks have led to concerns that parts of Townsville and other cities will become “uninsurable”. 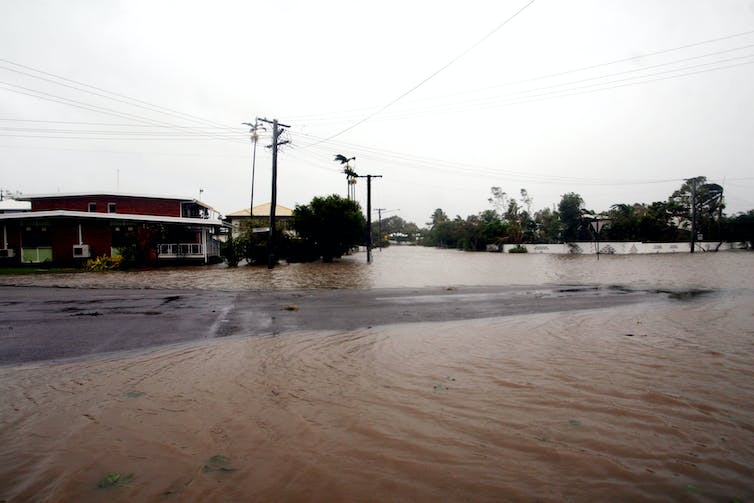 Generally, insurance companies establish the 1-in-100-year flood event as the standard risk that their policies will cover. It’s not just the insurance companies that adopt this criterion; many councils use the same parameter in their urban planning and land-use strategies.

However, in extraordinary circumstances, when the flooded land is actually larger than the area marked by the flood overlay map, complications emerge. In fact, that part of the community living outside the map’s boundaries is considered flood-free. Thus, those pockets of the community may not have flood insurance and not have emergency plans, which leaves them even worse off after floods. This is happening in Townsville.

Yet this is nothing new. Many people experienced very similar circumstances in 2011 after Cyclone Yasi. Flood waters covered as much land as Germany and France combined. Several communities were left on their knees.

To find a solution, we need to rethink how to implement the Queensland Emergency Risk Management Framework. That is no easy task. However, it starts with shifting the perspective on what is considered a risk – in this case, a flooding event.

Floods, per se, are not a natural disaster. Floods are part of the natural context of Queensland as can be seen below, for instance, in the Channel Country.

The concept of adaptation as a built-in requirement of living in this environment then becomes pivotal. In designing and developing future-ready cities, we must aim to build resilient communities.

This is the ambitious project I am working on. It involves different figures and expertise with a shared vision and the support of government administrations that are willing to invest in a future beyond their elected term of office.

I live and work in the City of Gold Coast. Water is a fundamental part of the city’s character and beauty. In addition to the ocean, a complex system of waterways shapes a unique urban environment. However, this also exposes the city to a series of challenges, including flooding.

Last September, an updated flood overlay map was made available to the community. The map takes into account the projections of a 0.8 metre increase in the sea level and 10% increases in storm tide intensity and rainfall intensity.

These factors are reflected in the 1-in-100-year flood overlay. It shows undoubtedly that the boundaries between land and water are changeable.

Building walls between the city and water as the primary flood protection strategy is not a solution. A rigid border can actually intensify the catastrophe. New Orleans and the levee failures during the passage of Hurricane Katrina in 2005 provide a stark illustration of this.

Instead, what would happen and what would our cities look like if we designed green and public infrastructures that embody flooding as part of the natural context of our cities and territory? 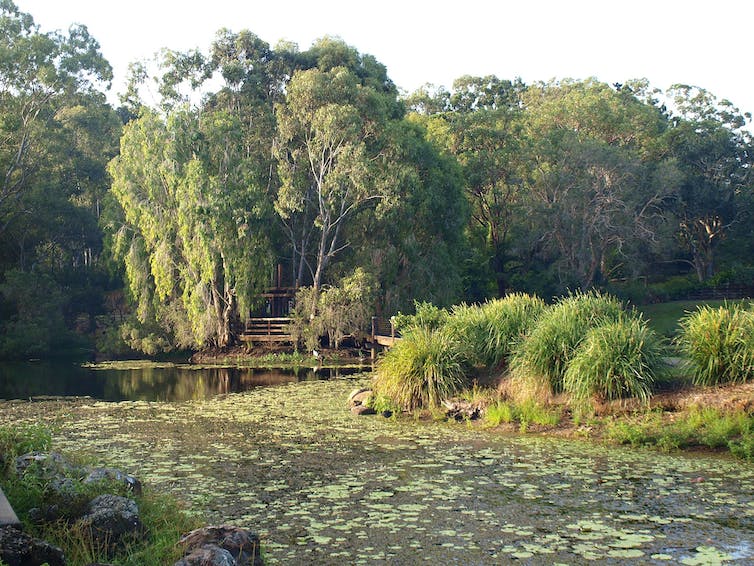 Gold Coast Regional Botanic Gardens is one of the green areas along the Nerang River that could be used to store and retain flood water. Batsv/Wikimedia Commons, CC BY-SA

The current project, titled RESILIENTSCAPE: A Landscape for Gold Coast Urban Resilience, considers the role of architecture in enhancing the resilience of cities and communities against flooding. The proposal, in a nutshell, explores the possibilities that urban landscape design and implementation provide for resilience.

RESILIENTSCAPE focuses on the Nerang River catchment and the Gold Coast Regional Botanic Gardens, in the suburb of Benowa. The river and gardens were adopted as a case study for a broader strategy that aims to promote architectural solutions for a resilient City of Gold Coast. The project investigates the possibility of using existing green pockets along the Nerang River to store and retain excess water during floods.

These green spaces, however, will not just serve as “water tanks”. If mindfully planned, the green spaces can double up as public parks and facilities. This would enrich the community’s social realm and maximise their use and return on investment.

The design of a landscape responsive to flooding can, by improving local urban resilience, dramatically change the impact of these events.

The goal of creating urban areas that are adaptive to an impermanent water landscape is the main driver of the project. New Orleans after Hurricane Katrina and New York after Sandy are investing heavily in this direction and promoting international design competitions and community participation to mould a more resilient future. Queensland, what are we waiting for?

This article was first published in